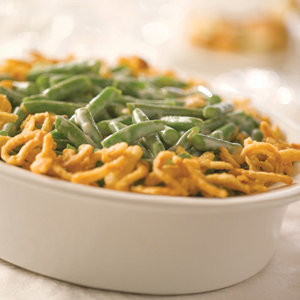 Did you know Green Bean Casserole was created in 1955 by the Campbell Soup Company? Be sure you do before you place it on the table in your 1800s historical novel.

There were no hamburgers in the 1870s.

I start this blog with that statement to make a point. Do your research. Otherwise you’ll be branded an amatuer by readers who know.  Googling the origin of the hamburger clearly shows it was served in the 20th century. My novel takes place on a ranch in 1870’s Texas. A ranch has cattle (duh!) But a modern American hamburger was not on the menu. Food in your novel may or may not be a central part of your plot but it can speak to setting. It is important whatever is served is authentic to the time period.

Although I don’t focus a lot on the food in my WIP, many scenes take place at the kitchen table. The housekeeper is Mexican and she often serves beans and tortillas as well as steak, eggs and biscuits. Evangeline, our heroine, although she has little interest in cooking owns a few cookbooks. In them you will find detailed instructions on how to prepare a roast in your fireplace, making all manner of baked goods from breads to cakes from scratch. Being of Irish and Swedish parents her taste in food is definitely not going to include chili peppers.

Because the setting is a ranch, beef is going to be served often. Although we can choose at the supermarket what cuts we prefer. These ranchers ate all parts of the bovine from the tongue to tail. Steaks for breakfast verses porridge. Cowhands need a stick to their ribs kind of meal for the hard work ahead.

This ranch has a chicken coop and a large garden so a greater variety of food is available. An orchard and berry patches are nearby as well. So, jams, jellies, preserves and pies would appear on the table.

There is also a dry goods store in a nearby town. One could purchase salt pork, dried beans, flour, sugar, crackers and possibly eggs, milk and fresh produce brought in from neighboring farms. This would be a good way to supplement their diet with things they can’t produce themselves.

Biscuits and bread take on different forms in historical. Baking powder biscuits as well as sourdough biscuits might be served. Sourdough is made with a starter. Bacteria in the air causes it to rise. The starter is scooped out and mixed with flour, salt and water an allowed to rise before cooking. It can be baked or fried. (I made some right from a Little House on the Prairie cookbook with my kids years ago. It is much heavier than yeast bread and very filling.) Yeast bread was a luxury. Sourdough starter could be easily taken on the trail traveling west rather than yeast which needs special care. The sourdough would rise even in a jostling wagon. Yeast bread referred to as light bread might be purchased from bakeries rather than made at home.

On a cattle drive the trail cook may create stews, soups and pies from dried meat, vegetables and fruit. These take up less room in the wagon. Lots of fried potatoes, salt pork and beans. And coffee, coffee, coffee. If there were towns along the trail supplies could be replenished. Even so lots of flour and other staples filled the chuck wagon.

Recently I read a novel set in the Yukon during the Alaskan Gold rush. The Christmas meal in the far north was quite different. Salmon was the main course. Red beans and rice fixed Cajun style was also served. One of the characters had learned to make it while in Louisiana. That explained why a lady from Massachusetts would serve such a dish. It reminded the reader she was well-traveled. Food can give a lot of backstory without actually revealing backstory.

Unless, there is a reason to go into detail about what’s being served I avoid planning those menus. Food can be used to create mood or show emotion. My reluctant bride, Evangeline is not a great cook but she loves to bake cakes. Jake is surprised to find his new bride and not the housekeeper had made the delicious cake. The cake represented another change in Evangeline’s attitude toward marriage. The new bride Marty in Love Comes Softly by Jeanette Oke is determined to prepare something besides pancakes for her new husband. A hilarious chase scene occurs in the chicken coop resulting in the rooster getting his beak hacked off with her ax. Clark rescues her and presents the bird plucked and pot ready suggesting it might be better boiled with dumplings rather than fried. We learn how to prepare a tough old chicken while experiencing Marty and Clark’s budding relationship.

Know why you are sharing the menu and what purpose it serves in creating your scene. If the main character is a chef or a foodie then meal preparation and even recipes in the back of novels are important elements to keep the readers attention. A historical novel restaurant menu is going to be different from a modern one. No fast food and limited daily selection. Often the waitress told the customer the few items available. And others only had one choice for the day. It all depends on the setting.

Even homesteads consisted of simple menus often the same thing every day.

Contemporary novels set in America can focus on the culture of the area, latest trends in food or ethnicity of the characters. Her in Aurora Illinois we have a large Hispanic population and many foods common to that culture are available in most grocery stories. I have eaten cactus and chicken mola (chicken in chocolate sauce). I have a daughter-in-law from Mexico and many Hispanic friends so my culinary experience has grown beyond American style tacos. My other daughter-in-law is from the Philippines and I have friends from Sri Lanka. There are several grocery stores that carry items to prepare their dishes. Red rice is a treat for my Sri Lankan friends and my daughter-in-law is very particular about the rice she buys. I had no idea there was something called sweet rice. Sushi is becoming popular almost everywhere. And now southern sweet tea (you know the kind that reminds you of Kool-Aid) is now a common selection at all restaurants even fast food. The Midwest she is a changing.

My final thought on food in a novel. In true life settings get the menus for the restaurants and fast food places right. If the eatery is fictious be sure the menu is typical for the setting or serves a purpose in moving the story along. Comfort food like mac and cheese can set the mood to de-stress. While prime rib is definitely a date night.

As a writer how much detail do you put into scenes with food?

As a reader how does food in a story effect you?

Please share, I love comments and learning from my readers.