I’m welcoming Selah Winner Janet Grunst back to Jubilee Writer. She has a sequel coming out to her wonderful novel A Heart Set Free. I wanted to be one of the first to give you the scoop on A Heart For Freedom.

Janet, step up to the microphone and tell us about your upcoming release.

A Heart For Freedom takes place in Virginia in the early days of the Revolutionary War, a war that really was our nation’s first civil war. Neighbors and families were pitted against each other, with many valid reasons for their choice to either remain loyal to the Crown or to seek independence. Virginia was the most British of all the colonies, so you can imagine the division.

Matthew and Heather Stewart manage a farm and an ordinary (inn) and want to avoid the coming and hostilities. They each come to terms with the inevitable conflict in different ways.

He longs for freedom, but he won’t risk those he loves.

Matthew Stewart wants only to farm, manage his inn, and protect his family. But tension between the Loyalists and Patriots is mounting. When he’s asked to help the Patriots and assured his family will be safe, he agrees.

She’s seen the cost of fighting England, and she wants no part of it.

In Scotland, Heather Stewart witnessed the devastation and political consequences of opposing England. She wants only to avoid war and protect the family and peace she finally found in Virginia. But the war drums can be heard even from home in the countryside, and she has no power to stop the approaching danger.

The consequences are deadly.

When Matthew leaves for a short journey and doesn’t return, Heather faces the biggest trial of her life. Will she give up hope of seeing him again? Will he survive the trials and make his way home? What will be the consequences of his heart for freedom?

Why did you choose to write a sequel and where there any special challenges in writing one?

There were two reasons. I initially decided to write a sequel because many years ago when I wrote the story sequels were what publishers wanted. But I also loved the characters and their story and after writing A Heart Set Free, there was so much more to tell. When it won the Selah award for Historical Romance in 2016, Lighthouse Publishing of the Carolinas (LPC) thought so too.

There were a lot of challenges. Each story must stand alone, and not be dependent on the story that came before. The author needs to weave enough of the backstory into it to give it more depth while not providing a data-dump. I credit my editor for helping me with that. Another challenge with this particular story is that it’s a love story between a husband and wife, not a common occurrence in historical romances. Go figure. I applaud Lighthouse Publishing of the Carolinas to think “out of the box” on that.

Sounds fun. How have the characters of Heather and Matthew evolved since the first story?

Besides getting five years older, their marriage which began as a marriage of convenience has blossomed. They now have a larger family and are running an inn. Like any couple, they don’t always agree, but their respect and love for one another is evident.

When you write stories are you a plotter or a seat of the pants writer and how does that work for you?

I was definitely a seat of the pants writer with A Heart Set Free. That story just seemed to write itself. Sometimes I had a hard time keeping up with the characters. I tend to be an organized person and a planner, so I tried to plot out this second story. Also, I knew a lot more about writing and the way a story has to flow with specific things happening at various points. A Heart For Freedom was 35% plotting and 65% seat of the pants. I’m working on the final story in the trilogy and it’s probably about the same mix.

Is there a theme you focus on in your stories?

A Heart Set Free ~ A story of forgiveness

A Heart For Freedom ~ A story of faithfulness

Janet, besides this series is there anything else you are working on?

I am part of a Highlander Collection with Lighthouse Publishing of the Carolinas due out in November 2019 with some other terrific writers. I’m having a lot of fun with that because it takes place in locations where my ancestors hail from.

I love novella collections. And some of my ancestors hail from Scotland.  I look forward to reading it. 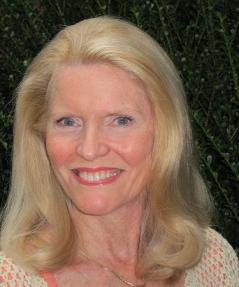 Tell us a bit about yourself.

I’m a wife, mother of two sons, and grandmother of eight. My husband and I live in the historic triangle of Virginia (Williamsburg, Jamestown, Yorktown).

I’ve been a lifelong student of history, and my love of writing fiction grew out of a desire to share stories that can communicate the truths of the Christian faith, as well as entertain, bring inspiration, healing, and hope to the reader.

Janet, I wish you much success with your upcoming sequel. I’ll definitely be ordering it. I loved the first novel and can’t wait to reacquaint myself with Matthew and Heather.

3 thoughts on “Selah Winner Janet Grunst talks about her sequel”