Today, Denise Weimer returns to share some helpful insight into research. She writes in both historical and contemporary romance which means taking a different track to gather background nformation for each genre. Take it away Denise.

Hi, readers! I’m delighted to be visiting on Cindy’s blog, sharing about my TWO novels that release this month through Lighthouse Publishing of the Carolinas, one a contemporary with Candlelight Romance imprint, and one a historical with Smitten Historical Romance imprint. 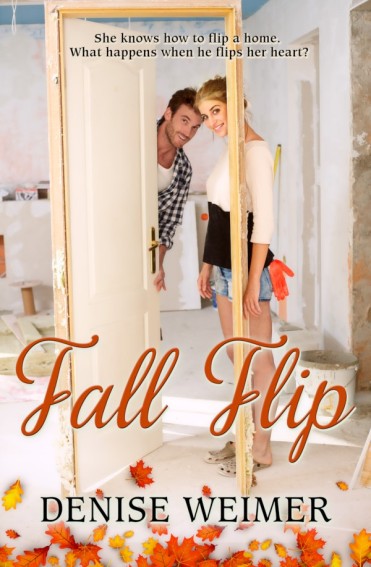 The tragic death of Shelby Dodson’s husband—her partner in a successful Home Network house flipping business—stole love, status, and career. Now a bungalow redesign thrusts Shelby into the company of a new contractor. Scott Matthews remembers high-and-mighty Shelby from high school, and her prissy, contemporary style goes against his down-to-earth grain. When the house reveals a mystery, will its dark secrets—and their own mistakes—cost a second chance at love? https://www.amazon.com/dp/1645261883/ 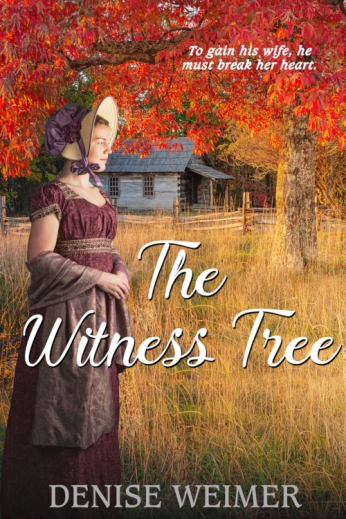 Past betrayal has turned John Kliest’s passion to his work as a builder and surveyor in the Moravian town of Salem, North Carolina. Now, to satisfy the elders’ edict and fulfill his mission in Cherokee Territory, he needs a bride. But the one woman qualified to record the Cherokee language longs for a future with his younger brother.

Clarissa Vogler’s dream of a life with Daniel Kliest is shattered when she is chosen by lot to marry his older brother and venture into the uncharted frontier. Can she learn to love this stoic man who is now her husband? Her survival hinges on being able to trust him—but they both harbor secrets. (https://www.amazon.com/Witness-Tree-gain-break-heart/dp/1645260623/) 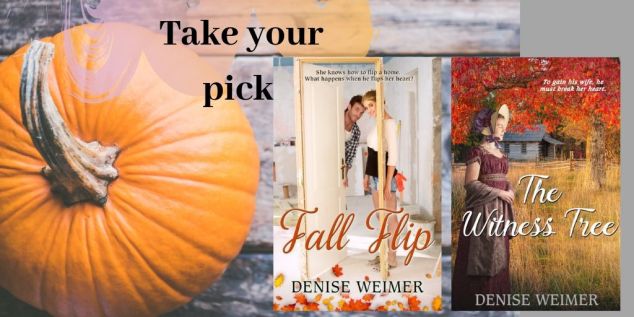 As you can imagine, researching for these stories looked very different.

For a contemporary romance:

For a historical romance: 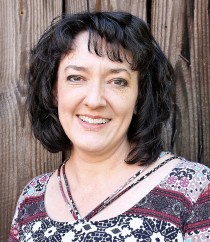 Represented by Hartline Literary Agency, Denise Weimer holds a journalism degree with a minor in history from Asbury University. She is the managing editor of Smitten Historical Romance and Heritage Beacon Historical Fiction (imprints of Lighthouse Publishing of the Carolinas) and the author of The Georgia Gold Series, The Restoration Trilogy, and a number of novellas, including Across Three Autumns of Barbour’s Colonial Backcountry Brides Collection. A wife and mother of two daughters, she always pauses for coffee, chocolate, and old houses! Connect with Denise here: 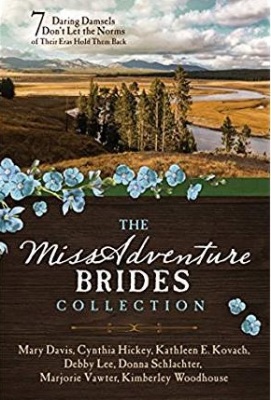 Today I welcome back Donna Schlachter to talk about her newest release Detours of the Heart part of  The MissAdventure Brides Collection. Welcome Donna, let’s dive in. Tell us  a little bit about the collection.

The MissAdventure Brides from Barbour Publishing is a a novella collection that features seven young women who don’t let romance get in the way of their adventures—and vice versa.

How did you research for story?  I travel a lot, so when I visit a location, I take lots of pictures, visit museums, walk the streets, and try to get a feel for what story this place wants to tell. For The MissAdventure Brides, I also visited the Denver Public Library Archives for information on Fred Harvey and his endeavours to stop native jewelry counterfeiting, which I’d read about in another book. That became the main suspense plot in my romance. I also watched several movies and documentaries even remotely connected to the topic, the time period, and the place.

How interesting. I had no idea people were counterfeiting native jewelry back then. I’d only heard the history of the Harvey House Girls. Why did you choose this setting?

I love the era of the Harvey House Girls, and I love the area near Albuquerque, New Mexico where the Acoma (pronounced a’-coe-ma) people live, so when the opportunity came up to write an historical novella, that location jumped to mind.

Donna, I lived in New Mexico for a few years as a child. It’s a beautiful place. The white sands are spectacular.

Do you have a favorite verse that resonates with you?  Jeremiah 29:11 is my life verse, and was many years before it became so popular. I constantly remind myself to pass everything through that verse. Some days I’m more successful than other days.

Who is your best support system to keep you focused on your writing?  I have so many stories in my head, but I still get lazy and want to do other things. I keep going back to this question: am I making the best use of my time for the Lord?

About Detours of the Heart in The MissAdventure Brides Collection:

Millie Watkins, a tour guide for the Harvey House Detours in Albuquerque, enjoys pretending she is a star in the brand new silver screen industry. Peter Duncan, son of itinerant farmers, wants to settle down and have a family. He dates lots of girls, but Millie is his favorite. However, she sees a playboy, which is fine—she has no intentions of staying in Albuquerque. Will they discover that sometimes life offers a completely different detour, or will they go their own way and settle for second-best?

To win a free print copy (US Only, please) of missAdventure Brides Romance Collection, leave a comment, and we will randomly select one person to receive the book. 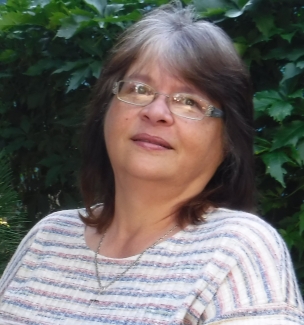 Donna lives in Denver with husband Patrick. She writes historical suspense under her own name, and contemporary suspense under her alter ego of Leeann Betts, and has been published more than 25 times in novellas and full-length novels. She is a member of American Christian Fiction Writers, Writers on the Rock, and Sisters In Crime; facilitates a critique group, and teaches writing classes. Donna ghostwrites, edits, and judges in writing contests. She loves history and research, and travels extensively for both. Donna is represented by Terrie Wolf of AKA Literary Management.

www.HiStoryThruTheAges.com Receive a free ebook simply for signing up for our free newsletter!

Today, Roger E. Bruner is sharing his conference story. I love the fact it took him years but he stayed faithful to his goal of attending annually and the blessings that followed. 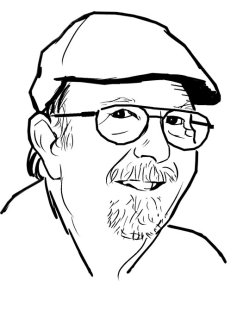 When I first started writing novels, I didn’t question whether conferences were worthwhile; I didn’t know they existed. I found out, though, and I’ve make it a practice to attend at least one each year for the past ten or eleven years, even when money was tight.

I can always learn something helpful at conferences. At seventy, I still want to become the best writer I can.

But what has sold me on conferences more than anything else—what has impacted my writing career like nothing else—occurred at one of my earliest conferences. I had an appointment with an editor from Harvest House. I don’t recall which manuscript I pitched, but she asked for sample chapters, and—thankful for her interest—I sent them to her as soon as I got home.

Time to wait and wonder.

Can you imagine my surprise several weeks later—no, not the offer of a contract—when I received email from a different Harvest House editor, one who liked my sample chapters but regretfully informed me that HH didn’t publish anything in that genre. She was very encouraging about the quality of my writing, however, and we periodically exchanged messages. (We still do.)

Every once in a while, I asked if I could send a sample of something to get her opinion, and she was always gracious about doing that. And that’s what happened in June of 2008 when she said, yes, please send her three chapters of Found in Translation. I had recently scrapped the first fifty pages and rewritten the beginning—thanks to advice from James Scott Bell at a recent writers conference—and felt good about the changes I’d made.

On Tuesday, she said she hadn’t been able to put those chapters down and to please send more; I emailed her the whole manuscript. On Friday, she told me to read her message from the bottom up. It was a series of forwards and responses.

She’d been so impressed she sent the manuscript to Mr. Terry Burns (retired now from Hartline Literary), who agreed that Found in Translation needed to be published and became my first agent without my ever having communicated with him.

How unbelievable that an editor at a publishing house that couldn’t use my novels would do something like that!

Within a year, Terry had obtained a contract for Found in Translation with Barbour Publishing. Barbour had been interested in starting a Young Adult line, but hadn’t seen anything they considered suitable until they saw my manuscript. Talk about timing that was beyond my control…

This journey to first publication was a God-story. A God-sized snowball that began its downhill roll from an expert writing instructor’s advice at one conference and a fifteen-minute interview at a different writer’s conference.

God may not use your conference experiences to impact your writing the same way He did mine, but when you get further down the road, I believe you’ll be able to look back and see what an important role conference attendance played. 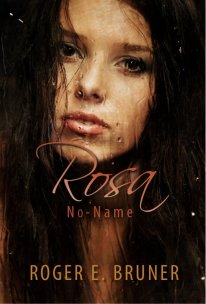 Roger Bruner spent his whole work life trying to figure out what he wanted to do when he grew up. Along the way he taught school, interviewed job seekers, and programmed computers. He retired from a temporary stint at Target to write full-time and wishes he could have done that years earlier.

He has four published novels and eight manuscripts that are still looking for a home. He’s also published two small books containing his shorter writings, many of which may be read at RogerBruner.com. His website also contains audio and video recordings of many of his original songs.

A guitarist and songwriter, he’s in the church choir and plays bass in the praise team and guitar at a nursing home ministry. Long interested in missions, he’s gone to Romania, England, Wales, Australia, and Nicaragua on short-term mission trips.

Roger likes spending time with his wife, Kathleen. He has a daughter, who lives with her family in Orlando, and stepdaughters in New York City and Las Vegas.