I’ve started on my third novel while waiting for my first to debut in March and my second to catch the eye of a publisher.  This tale will acquaint readers with some secondary characters from Secrets and Charades that seem to have captured the hearts of my prereaders. Writing a sequel reminds me of when I meet someone outside my workplace. I wear scrubs as a receptionist for Heartland Blood Center. Faithful donors see me often. On occasion, I bump into them in stores or another public place. They don’t know me in my civvies but they have that look. I know you from somewhere but what if I’m wrong.  Sometimes I greet them. One older gentlemen left the store and then came back in to track me down. He had to know where he knew me from. That’s the feeling readers get when they open a character-driven sequel. 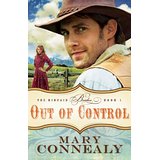 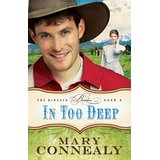 Mary Connealy’s The Kincaid Brides focuses on Three Brothers and how they come to meet and marry their wives. Once I followed the first brother I was hooked for the series.

Secondary characters who are given their own story already have a fan base. The reader will remember them and how they aided in the enjoyment of the previous story. They’ll be curious to get to know them better.

Aaron Gansky’s Hand of Adonia Series left his characters hanging at the end of Book One. So now I have to see where the teens end up in the next installment.

Who did your readers want to know more about?

Before I started this project I presented my editor with two possible directions for a sequel. The other idea introduced a new character in the lead. I was undecided as to which one to start. Both ideas had merit. Yet, filling out the story on a character my readers will come to love in Secrets and Charades gave me a shoe in. As I said, a fan-base should already be there if sales go well from my first novel. 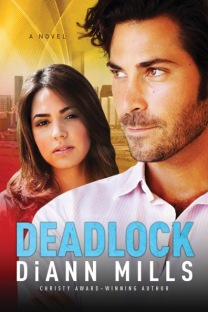 The novels  which comprise DiAnn Mills FBI Houston series are excellent as stand-alones. She writes so well that reading only one FBI Houston book is not an option.

What if the sales don’t go well? What if my debut does ok but not enough to warrant a sequel? I’ll write this story so it could stand alone. If someone never read Secrets and Charades, they could still embrace this story without wondering what was happening.

Hoping for a stellar sequel

I’ve read reviews of sequels that bemoaned how they lacked the spark of the first one. We’ve all seen movie sequels which left us saying… Why?  So, I want my sequel to have a definite theme and a plot that is compelling. I find as I set words to paper and the characters spend more time with me I’m surprised at their reactions to things. So fun.

Sequels can follow a family through generations. Such as Karen Kingsbury’s Newman Family or Gilbert Morris Winslow family. Both of these series filled several books. A typical series is three or four books. The main characters might be siblings, best friends or various neighbors in the same community. (Think Amish).  Settings can be the basis of a sequel. The characters from the previous novel only have a cameo appearance or none at all. The town, mountain or river, for example, may be the connecting element.

What are your characters saying to you?

If you’ve written your first novel see if any other character would like to get better acquainted with you. Maybe he or she is begging for you to tell their tale. Maybe the setting has many possibilities for the same characters from your first novel to have another adventure. Or a new lead to explore a different area of your setting.